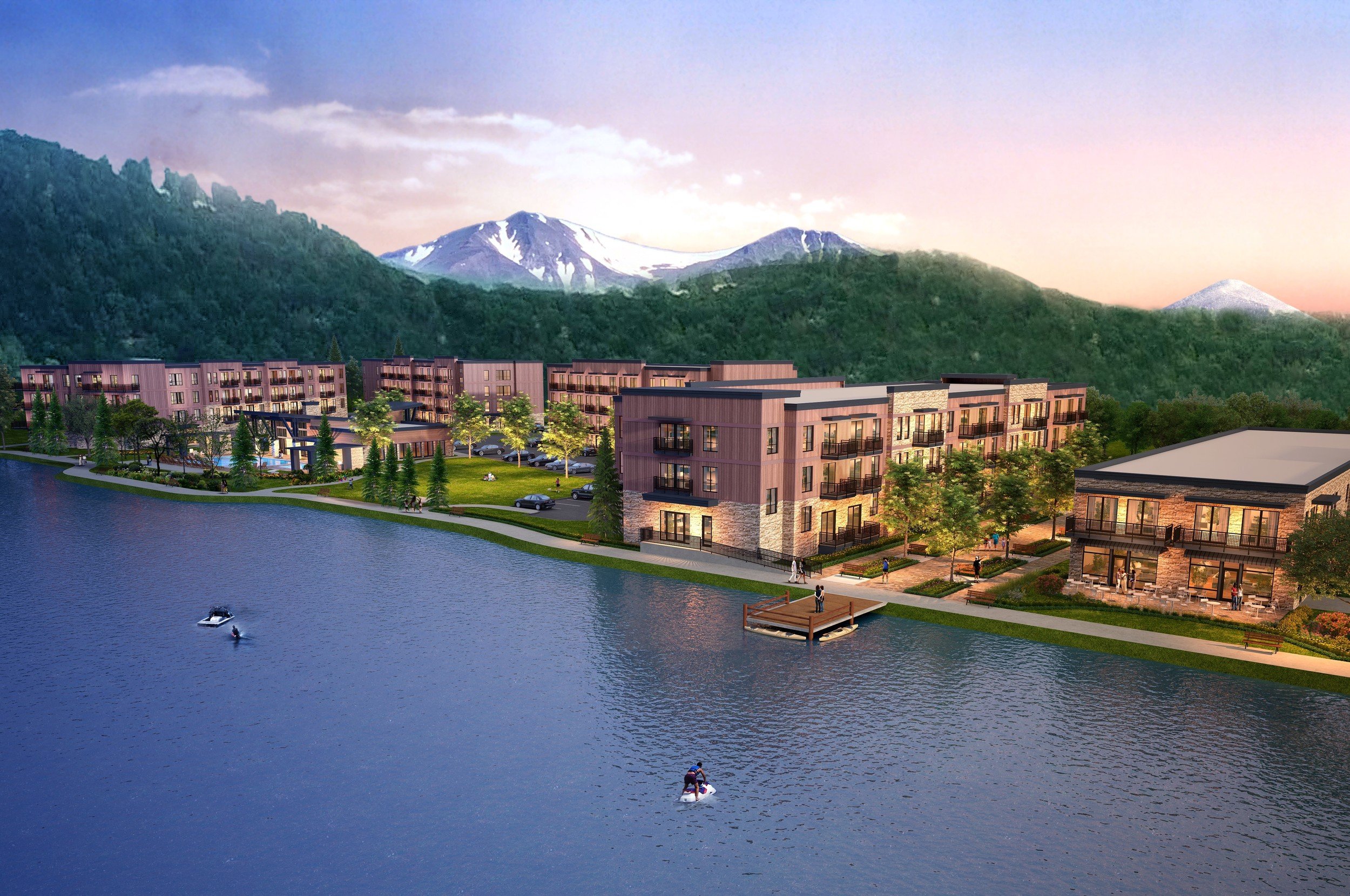 Two Dallas-based companies have teamed to develop to a major portion of Ace Lane’s Tree Farm project in El Jebel.

Realty Capital Residential and Lang Partners broke ground last week on 196 free-market and deed-restricted apartments. They also have rights to build about 3,700 square feet of commercial space on the ground floor of a mixed-use building.

The apartments, known as the Tree Farm Lofts, will be built in one phase and are scheduled to open in the third and fourth quarters of 2022, said Alexander Brown, president of Realty Capital. The project was attractive to the company because of the demand for higher-end apartments in the Roaring Fork Valley, he said. The strategy is to own and lease the apartments rather than sell the complex after it’s completed. He said the prime market would likely be people working in Aspen and Snowmass Village.

“This is definitely a long-term hold for us,” Brown said.

Lane received development approvals for 340 residences and nearly 135,000 square feet of commercial space after a protracted, hard-fought land use battle. The Eagle County commissioners voted 2-1 to approve the project in June 2017. The approval survived a legal challenge from a citizens’ group that tried to scale down the project.

The Dallas firms got interested in the Tree Farm because of a connection between Lane and Realty Capital’s managing director Richard Myers, a former Aspen resident.

“Richard stayed in touch with Ace after (Myers) moved back to Dallas, and Realty Capital jumped on the opportunity to contract for the multi-family site at the Tree Farm when it became available,” said a spokeswoman for Realty Capital.

Myers is well acquainted with business opportunities in the mid-Roaring Fork Valley. He and others individuals involved in Realty Capital are partners in Four Dogs Fine Wines and Spirits, the liquor store located next to Whole Foods in Willits. Myers also explored development of a hotel at the Basalt River Park property near downtown Basalt. Town officials rejected his proposal before a formal application was submitted.

Realty Capital is currently building two other projects in the Roaring Fork Valley. The third of fourth phases of the Lofts at Red Mountain are under construction near Glenwood Meadows in Glenwood Springs. The company also is building the Crystal River Club residences in River Valley Ranch in Carbondale.

“With the market the way it is right now, we can’t build them fast enough,” Brown said.

He said the El Jebel project would be similar to the one in Glenwood Springs, though rents will be higher because it is closer to the upper valley. Leases will typically be for 12 months.

“At the Lofts at Red Mountain, we have everyone from baristas to dentists to retired people,” Brown said.

At the Tree Farm, Realty Capital and Lang Partners formed a joint venture to build the apartments. The free-market units include 121 one-bedroom, one-bath units, 29 two-bedroom, two-bath units, and six co-living units with four bedrooms and four bathrooms. The rents haven’t been determined. A leasing office will open in September 2022.

The residences range in size from 485 to 1,100 square feet. There is underground parking and private garages.

The development will be divided into six buildings — four residential buildings, one with mixed uses and one clubhouse.

The Tree Farm Lofts will have a community lawn that overlooks the existing Kodiak Ski Lake. The lawn will have a stage that hosts concerts.

Apartment complexes have become the latest rage in the midvalley, where residential sales prices have outpaced the buying ability of many local residents. There are two free-market apartment complexes in Willits, one under construction in Stott’s Mill in Basalt and 70 units proposed in downtown Basalt.